The Association for the Promotion of Culture and Development (APCD) conducted a study detailing the area most affected by deforestation. The situation is alarming. 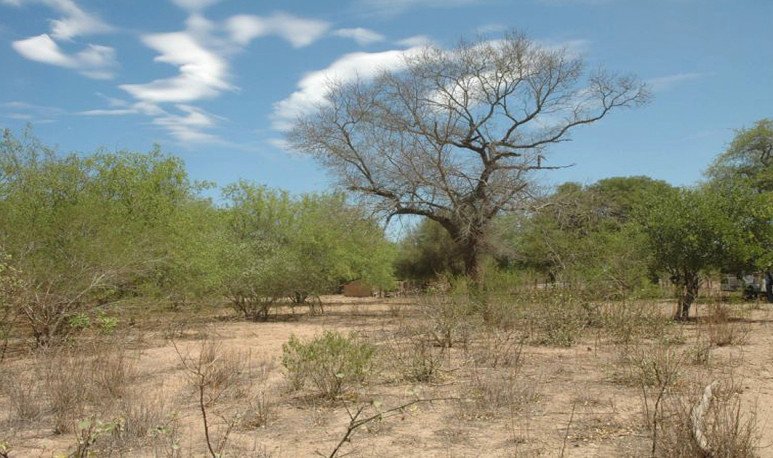 In recent days it was known that the expansion of the agricultural border is causing serious problems in the  ecosystem  and the life of the indigenous communities. iacute; genas of our country, especially because of deforestation. The situation is alarming in the Chaco Seco Region in northern Argentina. It is the second most affected territory with respect to the number of hectares throughout South America, after the Amazon.

In this regard, the  Association for the Promotion of Culture and Development  (APCD) conducted a study stating that, during 2000-2015, Argentina is among the 10 countries with the highest net loss of  forests  in the world. The document also indicates that since the Native Forests Act in 2007, the loss of forested area in 2008-2018 was approximately   2.8 million hectares.

In recent years, this process has accelerated considerably, as the annual percentage of native forest loss compared to the total remaining native forest increased throughout the  territory  from 0.34 per cent per year in 2015 to 0.42 per cent in 2018, equivalent to a dismantled area of 183,368 hectares.

During the last year, the APCD study graphs that the situation in the region reached an even more alarming peak, as it indicates that this process continued to deteriorate in 2019, where 102,023 hectares were deforested, totaling the sum of 6,011,867 hectares. areas of forests dismantled in the Chaco Seco for the period 1996 to 2019. The report also recorded that in square kilometres it is 60,118.67, an area equivalent to almost three times the province of Tucumán.

Destruction of the natural environment

Taking into account this context, the  Ministry of Environment and Sustainable Development  produced a report entitled “Causes and Impacts of Deforestation of Native Forests in Argentina and Alternative Development Proposals”, stating that “since 2016 deforestation also caused the displacement of communities that developed their economy and culture based on the native forest, thus assuming a process of concentration of land and wealth accompanied by a homogenization of production based on monocultures and loss of generation. oacute; n forest environmental services'.

What is the social impact?

However, in view of these data,  deforestation  resulted in a number of problems in this area, especially in the indigenous communities. iacute; genas, such as: poverty, historical uprooting, increasing inequality, forced migration, loss of both individual and collective identity, as well as peasant families and small producers were affected. In this regard,  Pablo Chianetta , one of the authors of this study, commented that, due to the destruction of this area, these people had to move to large urban centers and thus increased the inequitable concentration of the population, as well as the rates of poverty and the loss of cultural knowledge that make a society more diverse, just and inclusive, he said.

The report also points out that the new rural actors following the process of deforestation and land reconversion with the aim of agrolivestock exploitation, bring other valuation criteria on the region that are expressed centrally in the productive sector. It also describes the study that the environment becomes only a dispensary of economic resources that must be exploited as quickly as possible, without taking into account other dimensions that are played in the territory.

One highlight is the case of Formosa, says Chianetta as the advance of the agricultural border in this area is measured both in hectares as well as in lives. In turn, he commented that it is a phenomenon that seems unstoppable that not only affects the ecosystem but also the lives of indigenous communities throughout the Paraguayan Argentine Chaco because these communities have lost almost all the possibilities of their subsistence practices, such as melting (collecting honey), hunting and fishing, and consequently all this undermines the elements and values upon which the indigenous being is based.

The situation in Formosa is alarming, as in this territory you can see a large extent of disassembled fields, their reddish lands confined by wire, among other limitations. But it must be rescued that there are some greenish islands of forests where indigenous communities of the Qom, Pilagá, Wichi and Nivaclé ethnic groups try to survive and do so through fishing, and in the summer season where rivers grow these people move away and settle in internal territories and when winter comes they approach the rivers again to be able to fish and thus survive.

It should also be stressed that not only  indigenous  communities are those affected by deforestation but also small agricultural producers, since this universe had for many years its ventures in the deforested areas. Thus, the expansion of the agricultural frontier regressively affected the productive diversification and the possibility of survival of these people.

Following this line, it should be added that the APCD report describes that in the period 1988-2002, small agricultural producers saw their farms fall by 26%, where this percentage amounts to 48% when considering the period 1988-2018. As a result, this means that almost half of smallholder producers have disappeared in just 30 years, leading to a greater concentration of wealth and of course an increase in inequalities.

Finally, taking into account the data provided in this report, the expansion of the agricultural frontier has destroyed not only native forests, but also usurps the territories of indigenous communities by prohibiting their chances of survival, and also affected small agricultural producers for this process of deforestation without measure.