How much do you know about this nice bird that lives in Patagonia? We made a list of data, which you're going to be interested in. 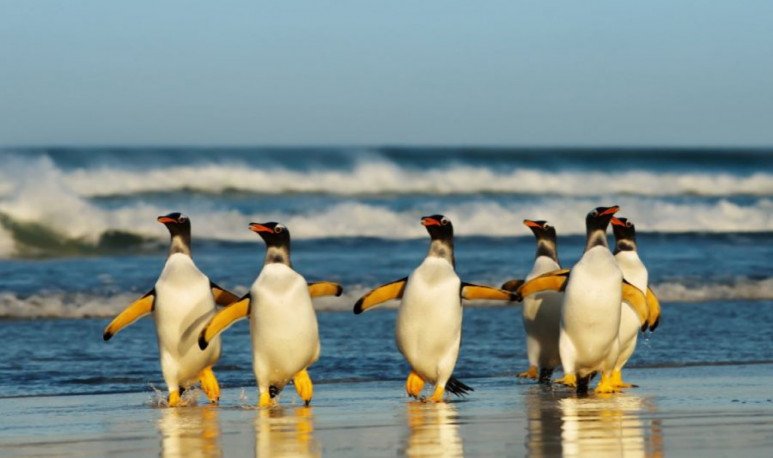 World Penguin Day was commemorated at the end of April. This was created to reflect on its conservation, since it is recorded that, in the last 100 years, its  population   has declined markedly . Maybe to start to become aware, you should know some  interesting things  about penguins. The first and most important is that this species of adorable birds that  live in the south of our country  do not fly, but swim.

Did you know that, throughout their evolution, the wings of the penguins were turned into fins to adapt to aquatic life? And that now, once in the water, can you advance at speeds of up to 36 kilometers per hour?

And there is much more you probably didn't know, that's why we share a  “top ten” of  interesting facts  .

1. It is believed that the terminology “penguin”  comes from two Welsh words meaning “head” and “white” (although penguins do not have white heads).

2. They live in large colonies of hundreds or even thousands of individuals. In  Argentina there are approximately 56  and  Chubut  has three colonies suitable for conservation and public opening: Cabo Dos Bahías, San Lorenzo and Punta Tombo.

3.  17 of the 18 species of penguins that exist  are found in the  southern hemisphere .

5.  They can drink salt water, as they feature a special gland that filters out excess salt from your body.

7. The smallest species is the  blue penguin , which measures  only 40 centimeters! And it weighs about 1 kg.

8.  As for the highest species, it is called  emperor penguin , and adults, on average,  measure 1 meter of altu r  a and can weigh more than 23 kg.

10. Most species are monogamous: they choose a single partner for their whole life! In 2012,  Argentine researchers  discovered that a couple of Magellan penguins had remained faithful to each other for 16 years. Despite being separated for long periods, none of them were linked to another of their kind. Incredible, isn't it?

Do you want to know more?

For other interesting things about penguins, and work done for their conservation, you can visit the  Penguin Senntenials websites, the  Global Penguin Society and the Wildlife Conservation Society.