We tell you who are the most famous personalities who lived in San Francisco. Because this city has history. 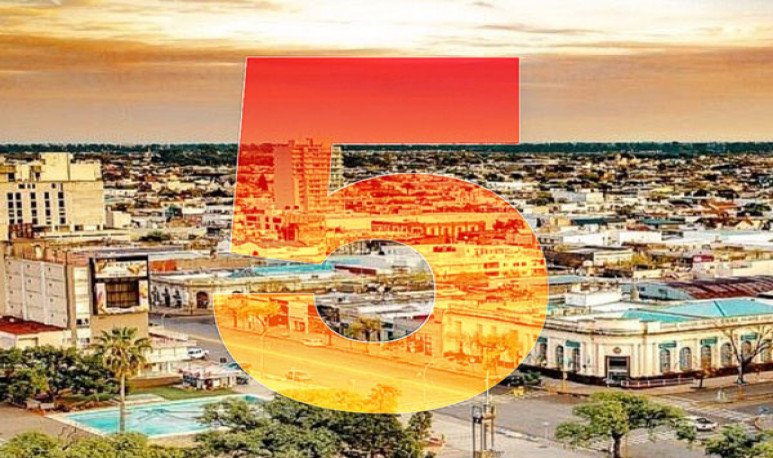 Many personalities come from Cordovan territory  , and many choose to live for a while on the outskirts of the city of fernet and birra.  In this case, we will tell you who are the  5 renowned personalities who decided to spend to stay in San Francisco.

He was an Argentine poet, essayist, storyteller, novelist, playwright, journalist, historian, pedagogue, teacher, translator, biographer, philologist, theosopher, diplomat and politician. Most recognized for his literary and political activity. This renowned eminence chose to live a stage in San Francisco. City he implicitly describes in the story that gives name to his most famous collection of fantastic stories:  The strange forces.  With these stories he became a  precursor and pioneer  in Argentine science fiction and fantastic literature  .

His full name is Leopoldo Antonio Lugones.  He was born in Villa de María del Río Seco  in 1874. He was one of the  main exponents of Latin American modernism,  along with Rubén Darío. The poetic work of Lugones is considered to be the inauguration in Castilian language of all modern poetry. In addition, he was  the first to make use of free verse  in Hispanic literature, becoming the inventor of new dynamics and experimental literature.

He was a  famous sports journalist  who established a unique and unprecedented definition of football as a  “dynamic of the unthought”.  He was born in  1921, in the city of Las Varillas.   He took his first journalistic steps  in the newspaper  La Voz de San Justo, a medium that to this day is famous in the area. Because of his communication skills, he had a vast trajectory in the world of journalism. He served as director of the sports magazine El Gráfico.

A renowned character in show business and show business in Argentina.  He was born in San Vicente, province of Santa Fe, but decided to live in San Francisco to carry out his middle studies at the Colegio Nacional San Martín. He is  a sports journalist and television conductor.  He received  multiple awards and awards  for his performance in the media.

This  famous music artist from Salta  chose San Francisco for a few years of his life, as his wife was born there. This singer-songwriter of folk art joined Los Fronteras and was  one of the figures of the Movement of the New Songwriter.  One of his great exploits, product of his skill as a musician, was to be a  discoverer, godfather and representative of “La Sole” Pastorutti.  The maximum work of his authorship is  “Canción con todos”,  which  is currently considered the anthem  of Latin America. With this work he won  “El cantar es andar” , a folk contest of the International Festival of the Song of Viña del Mar in 2010.

He is the star of San Francisco,  the most recognized cartoonist in the city. He stood out with his  journalistic cartoons.  Since it was summoned by the  main press media  in Argentina between the 1960s and 1970s.  He studied at the School of Fine Arts  in this city and graduated with the title of Professor of Painting and Sculpture. With his unique skill he participated in  countless national and international shows  of humor and cartoons. Some in Canada, Bulgaria, Belgium, Rio de Janeiro and São Paulo. But it was at the exhibition in Bordiguera (Italy), where he received a special mention for his work related to  human rights.

This is the top 5,  but the reality is that through these lands of Piedmontese tradition passed many more: Miguel Pablo Borgarello, Juan Domingo “Martillo” Roldan, Edgar Efraín Fuentes “Gary” or Hugo Ernesto Varela are just some more...