This is how we know the Mendocinos at the Malvinas Argentinas World Cup Stadium. The venue for football competitions, boxing and even a central event of the Vintage. 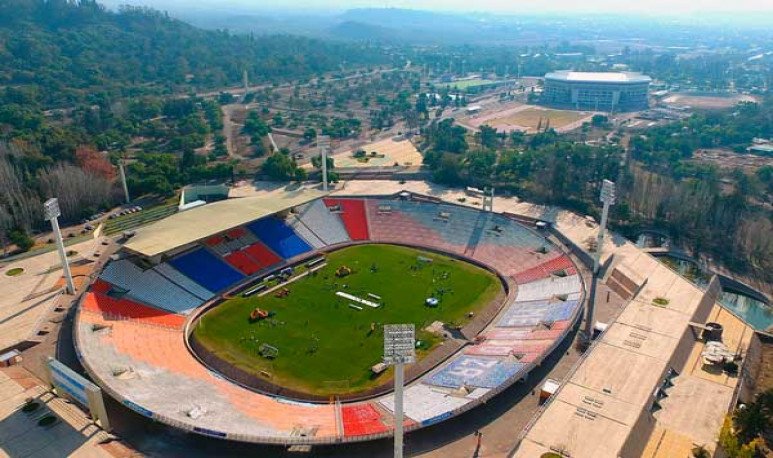 Between the trees and meadows that make up the  Parque General San Martín . Between roundabouts and fountains. Next to the  Cerro de la Gloria  and inside the Sports Village.  The mythical Malvinas Argentinas World Cup stadium is located in a huge space in the green lung of Mendoza's Mendoza.

The world championship thing is pretty obvious. Its construction took place within the framework of the  Argentina 78 World Cup  . The mythical thing requires a little more explanation. But it is worthy to receive that qualification from the countless sporting events and cultural shows that it has hosted throughout its history.

Its construction lasted two years, between 1976 and 1978 . It opened with a football match between San Rafael and the City of Mendoza, with triumph of the southern department, result left for the anecdote. Weeks later he received the group stage of the World Cup that would end up winning Argentina.  Initially, its name was “City of Mendoza”. However, after the Malvinas War, it was decided to pay tribute to the fallen and called it “Malvinas Argentinas”.

The playing field has an extension of  106 meters x 48 meters . While the grandstands can accommodate more than  42 thousand spectators . The number that was reached from the  remodeling that took place in 2011 , triggered by the realization of the  Copa América.

Among the main sporting events, the World Cup has received the  U20 World Cup in 2001, the Copa América 2011, Copa Argentina and Super Copa Argentina in different editions, the Copa Libertadores and the Copa Sudamericana.  The Malvinas also hosted, on several occasions, the World Cup Playoffs, with great performances by Messi and company. But it wasn't just football that went through the grass of the Falkland Islands.  He also received the Rugby Championship between 2012 and 2018. In addition, in 2000, Pablo Chacón fought Freddy Norwood for the pen title of the World Boxing Association . It was defeat, but years later Mendocino would be world champion. Among the main artistic events is the presentation of groups such as Maná, Ricardo Arjona and Ricky Martin.

The day the Harvest Festival was held in the stadium

The World Cup Stadium hosted  the central event of the National Harvest Festival in 2002, which was a historical event, because there are not many times when the mother party of the Mendoza came out of the traditional Frank Romero Day. However, this served to further strengthen the sense of belonging that the Mendoza people have with the Malvinas Argentinas stadium. The main reason for this decision was the fact that organizing the party at the World Cup Stadium meant less spending for the state, in the context of the crisis that the country was going through, a few months away from what had been the 2001 crisis.

For everything that has hosted the World Cup Stadium, for its location in the General San Martín Park, for being a reference for all the people of Mendoza. For all this, it has become a true Mendoza tradition.