Many corners of the capital city of Santaffesina have secret passageways underground. Find out why these mysterious tunnels are. 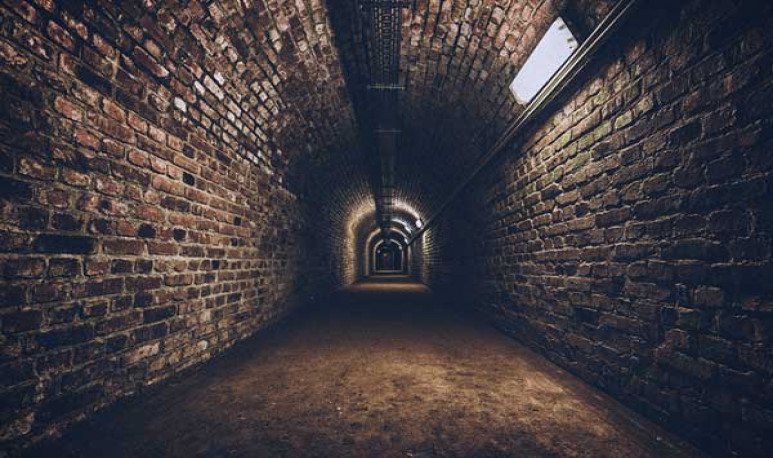 In the center and south of the  city of Santa Fe, there are a lot of underground passageways  dating back  centuries . Today, many of them remain hidden despite the passage of the years and lie under large architectural constructions. Others are well known and  open to the public for their delight in historical-cultural walks . In the bibliography of Santafesina history there are several mentions that tradition and collective imaginary attribute to different sectors of the city. In these neighborhoods there was always talk about the existence of underground crypts.

The vast majority of these underground roads are located within the boundaries of the South neighborhood. We are talking about the  Jesuit Square , where the Immaculate College is located, an area that is today a complex of buildings from different eras. Some of these findings were recognized by the authorities of the College  and still persist, being commonly used by students . Such is the case of the tunnel linking this educational institution to the Ateneo club, crossing below 25 de Mayo street. Below the floor of the auditorium called Sala Garay, there are three tunnels: the east, the west and the central, which exits to the outside and communicates with the courtyard of the orange trees by means of a metal door.

With the demolition of old houses, and with the construction of new buildings, several of these sites have been found. An example of this is the property located in San Martin 1861. When a building was built, a large arcade was uncovered with adobe bricks and covered with bricks of similar size. The current owner preserved it, but it was not possible, until today, to know what exists on the other side.

The other two best-known temples in the historic quarter, in addition to the Cathedral, are the sanctuaries of the  Franciscans  and Dominicans. They both had two tunnels, to which today there is no access. It is believed that, in their active stage, they could have gone to the Cabildo.

Another point is the place where the same council was located.  There today stands the Government House.  A study, led by the former Director of the General Archive of the Province of Santa Fe, shows the existence of a passageway located on the south wall. It would correspond to a basement that had worked as a boiler room, about three meters deep. This one was closed by a wall. As described in the report, an  attempt was made to investigate, without luck, because of the numerous interventions that occurred in the building.

Moving to the central area, precisely in San Martín and Juan de Garay, there is a famous house belonging to the Club del Orden. In 1979, when excavations were carried out to build a new building, a passageway was located on the south wall. Its dimensions were considerable, as at that time it demanded several days to fill it up.

Further north, in the building on  the corner of Hipólito Yrigoyen and San Luis, there are tunnels  whose construction is estimated to date back to 1895 and used to cross the collection of the station. They have ventilation through openings with bars that open to the museum gardens and on Hipólito Yrigoyen street. They are blocked about 35 meters away, but used to arrive at the station that is currently a  bus .

It is likely that many of the episodes of the Santafesina story that we have not yet finished understanding  will remain secret. Well hidden , underground.