In Laguna Paiva, close to the capital of Santa Fe, they pay tribute to the railway worker. 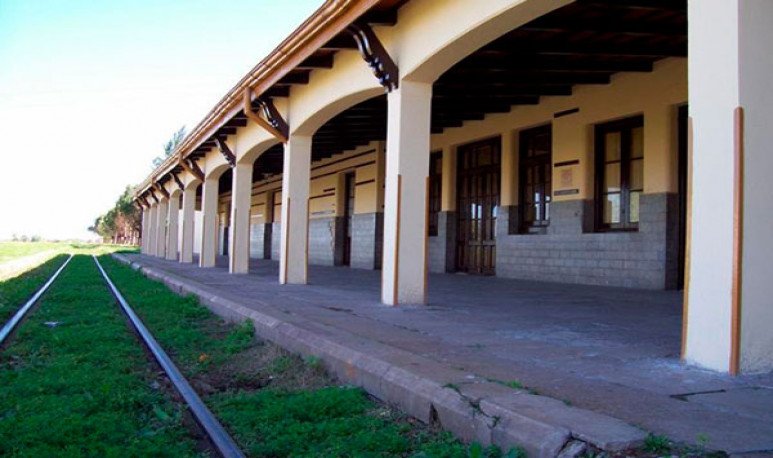 Railroad has been an important part of Argentine history. In most of the country, currently, the roads were disused. Trains are still important as freight transport, but far from the splendor of other times.  There is a Santafesino town that decided to pay tribute to the railway worker  . Meet this National Festival based in Laguna Paiva.

In the Reynaldo Cullen Square, center of the town of Santa Fe, this traditional event takes place every year, symbol of struggle. With a  wide show billboard , the city dresses up for a party to honor the railway worker. The Municipality of Laguna Paiva works together with the community throughout the year to be able to hold this event.

During two festive days, you can visit a trade show and an important handicrafts fair , organized by the local Shopping Center. This is done in order to promote entrepreneurs and craftsmen. In the last edition, the Laguna Paiva Commercial and Industrial Center also organized a business round.

The shows begin with the participation of local ballets,  to continue with the performances of local and national musicians invited. The stage of this celebration have been Chaqueño Palavecino, Monchito Merlo, Mario Pereyra and Sergio Galleguillo, among others.

There is no lack of this holiday the election of the National Queen of the Railway , a tradition that is almost forty years old.

A party with history of struggle

During the last military dictatorship, as a result  of the railway workshop crisis caused by adjustment policies, the citizens of Laguna Paiva (known as “Ciudad del Riel” since that time) devised this festival to make their situation visible. Thus, in 1976 the first Ferroviario Festival took place, which until today constitutes a central part of the identity of the Argentine people and nation.

Already in those years, musical shows were the main attraction, but in a stage that was forming every year , without having a fixed place. In 1981, after the hard tasks of the organizers and the community, Laguna Paiva was declared the national headquarters of the Ferroviario Festival. At the celebration, a bronze statuette began to be given to reward and distinguish famous nationals and those who were part of the history of Laguna Paiva: the “Bronze Railway”.

But  for many years the celebrations were suspended and forgotten,  during the decades of stagnation that generated the reduction and, in some cases, the destruction of railway tracks. The situation changed in 2008, as a result of the struggle and identity of  the Paivenses, who regained this festival , making it an attraction of importance for the city, the region and the province.

The lands of this town, located in the region known as Ascochingas, belonged to Domingo Tomás Cullen, the father of whom he promoted his foundation in 1913.  The railway expansion policy forged the economic and social development of the area . In 1910 the Laguna Paiva station was created, referring to the natural water reservoir located to the northeast of the current urban area. Along with it, a locomotive depot known as “the roundabout”. Thus, railway workshops were installed in this city at the beginning of the 20th century, and virtually all its inhabitants (a large population nourished by immigrant waves) depended on the railway.