This week, the chamamé lost one of its greatest legends: the great Ramona Galarza. 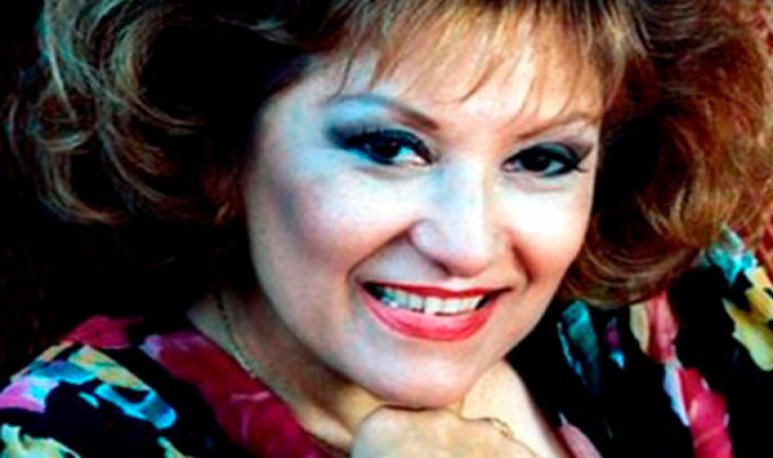 At the age of 80 the world let go to the  Bride del Paraná . The beloved  chamamecer   Ramona Galarza died on Tuesday, September 22 .It happened at his home in  Buenos Aires  following cardiorespiratory arrest. A news that  shook the entire artistic and cultural sphere of the country , especially the  coastal region. Ramonita was born in the  province of  Corrientes  , where he  was born on June 15, 1940 . In his long career  he recorded more than 30 original albums and participated in 9 films . Personally he was responsible for  composing and disseminating countless songs  that became part of the  popular songbook of litoraleña music  .

She was baptized Ramona Modesta Onetto, although Ramona Galarza was the name she chose to go into history . His career began during  childhood  in Correntine lands, a place he loved madly. As a  teenager  she made her  first performances  as a singer at  family and school parties  . But his strong footprint came with his incorporation to the  Folkloric Orchestra of the Province of Corrientes , directed by Naum Salis. There, he shared the role of soloist with singer and songwriter  Efraín Maidana , also known as Ernesto Dana. Then, at the age of 18, he had his first appearance on the big screen playing  “Kilometer 11” . He did so in the film   Alto Paraná  , directed by filmmaker Catrano Catrani.

From Corrientes to infinity

Once he reached popularity on his homeland, he decided to move to Buenos Aires to give greater impetus to his art.  In Capital Federal he did a test for a record label that also opened the doors to  love  . It's just that in that company  she met producer Fernando López , who would later become her  husband . Over time, she received the nickname of the “Bride del  Paraná ”, and became a  national legend  of chamamé . This was due to his participation in  clubs, festivals, theatres, radio and television programs . In each of them he dedicated himself to defending its roots and popularizing littoral music.

Among his most recognized songs were “Merceditas”, “Pescador y guitarrero”, “La vestido celeste” and “Virgencita de Caacupé”. Not forgetting, to the mythical Guarani version of “Kilometer 11” mentioned above. He also shared the stage with great figures such as Ariel Ramírez, Raulito Barboza and the orchestras by Carlos García and Oscar Cardozo Ocampo. However, one of his  most important collaborations  was with  Antonio Tarragó Ros  , with whom he released the album  Los Grandes del Litoral . The latter  defined the artist as a sister  and assured  that work will have to be done to keep her legacy alive  .

A voice without borders

Ramona  challenged geographical boundaries with his works . In this way, he toured  Chile, Venezuela, Paraguay, Colombia and even Canada . He even appeared at Lincoln Center and Carnegie Hall auditoriums in the United States . His melodies came so far that, in  1989,  he traveled to  Australia  to represent the genre. In turn,  1991  held various  concerts  in the cities of  Washington, Baltimore, Los Angeles, Houston, Orange and Dallas  . In addition, he took the microphone at an international popular music festival in Paris .

Both recognition and path traveled won him a  distinction  in  2008  in the  Senate of the Nation for his contribution to Culture  . In a story from the past, Ramonita  humbly admitted to having been a bit of sand that came at the right time . Something like having been in the right time and place, where folklore was a boom and managed to accept it.  For her it was a stroke of luck that would not have been possible without the previous contribution of artists she admired .The same feeling as today who will take their example from here on to take flight in the coastal  chamamé  .