Home Argentine Music A jacket that goes next to Nestor

The Entrerriano village mourns the death of the emblematic folklorist Néstor Cuestas. 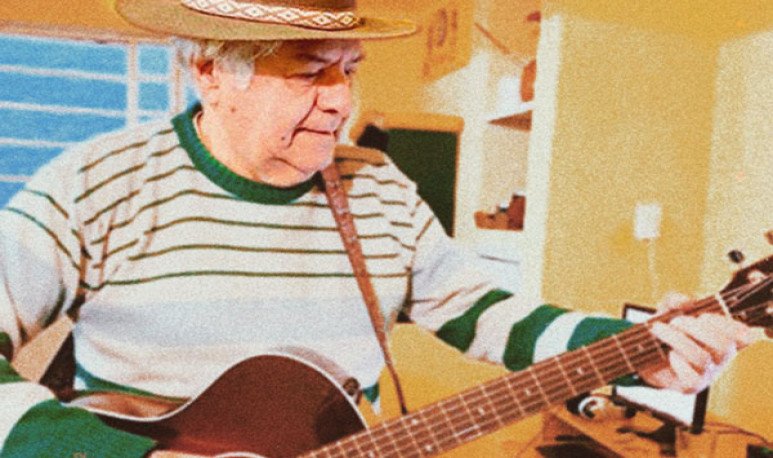 “ Chau Pa! Volá Alto!!! Higher than ever!...Take with you the Love of all of us and your people! Old Chau... Thank you for so much!!! You left an indelible mark... Your legacy will be eternal. Until the Reunion Daddy!!!?“.  Those were the  words of his son Esteban , who shared the  deep pain through his  Facebook account. In this way, the  coast  was soon learning that  Néstor had released his  guitar  at the age of 76 .  After performing most of his life as a musician, singer and composer.

It happened on September 25, on Wednesday.  Day that turned gray, bitter and silent . Also, the sensations that invaded were those of impotence and anger, although no one could do anything anymore. The fact is that the artist died of health complications as a result of having suffered from coronavirus. Immediately, the networks and portals were filled with  testimonies, memories and shipments of love  to him and his family.  Entrerriano territory lost one of its greatest cultural ambassadors and at the same time a  legend  came to life .

Birds sing to you

Néstor was born in the city of Paraná on August 17, 1944 and his connection to music occurred from the cradle . Her family was deeply tied to her, so she grew up listening to  melodies  around her. In addition, he worked as the ocutor, radio conductor and cultural manager . He even turned to  writing , being the  author of the book Linares and me . There, he recounts the  experiences he lived  with his compromisinciano  Linares Cardozo  .

They called him  “the creator of the chamarrita” , for his undeniable contribution to the folk musical style that characterizes the province.  He used to repeat that singers are the living voices, faithful interpreters of the anguish and joy of a  people .  With this  motto  he remained faithful until the end by putting  artistic expressions at the service of society  . In this direction, he became an  adviser of popular culture ad honorem of Entre Rios . He was even in charge of  inaugurating the first FM in the town of Diamante in 1986 . He also served as  director of Radio Nacional Gualeguaychú , for which  he received the Martín Fierro Award in 1994 .

From  1958 , the composer  set up a musical duo with his brother Rubén . In principle they became known as the Los Baqueanos Duo and then chose the name that led them to fame.  The Cuestas Brothers meant a binomial of great importance for their contribution to the diffusion of entrerriana music . At the same time, they stood out for  introducing the imitation of the song of birds in their repertoires . In  1972 , the duo was the  revelation  of the Cosquín Folklore Festival and his career began to transform. From there on,  they received gold, platinum records and had film appearances .

Néstor and Rubén  recorded more than 20 albums  together, in which they captured the work of outstanding artists from the region. Some of them were Linares Cardozo, Jorge Mendez, Santos Tala, Juan Carlos Mondragón, Carlos Santa Maria and Uruguayan Aníbal Sampayo. They are also  authors of memorable pieces  such as “Yuyitos de Entre Ríos”, “La pavita en el brazero”, “Destino cantor” or “Soy de this land”. The  magnitude of the mark they left is such that  festival stages were baptized in honor of  the group . The same happened with  streets of Entrerrianos villages , such as  La Picada and Jubilee . Today, they are immortalized in different ways and  their place in history is secured .