One of the associations dedicated to the care of the environment offers you a special gift for this Christmas. 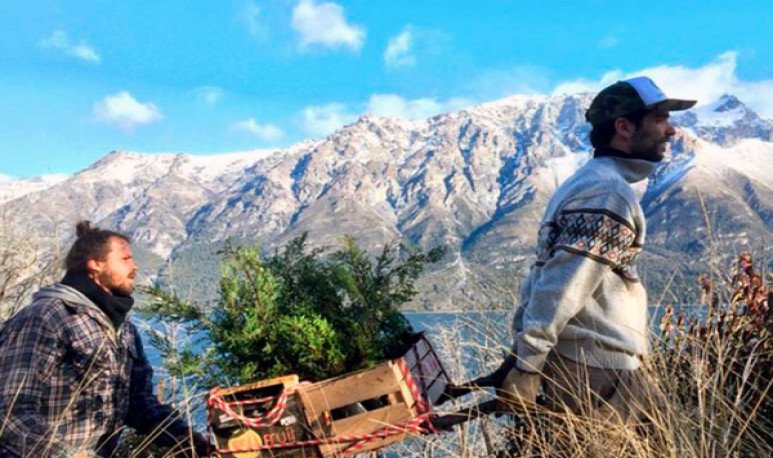 Both animal, plant and tree species are in serious danger of extinction in our  Patagonia .  The work of hundreds of people is of crucial importance to  maintaining biodiversity as rich as we know it.    Environmental NGOs are at the heart  of this fight against climate change and the voracity of polluting municipalities and businesses.  Friends of Patagonia is among the most active organizations in this defense . For this  Christmas , they launched a peculiar campaign.

The Friends of Patagonia Foundation was created in  1999 , in the city of  San Martín de los Andes, Province of  Neuquén . On their website, they indicate that the idea arose when “ concerned about the environmental legacy they were leaving to their children and grandchildren , a group of friends passionate about Patagonia decided to group formally to contribute to the spread of the problems facing the environment ”. Thus, the AAP was created, from which they are aware of the need to  take care of the environment in which we live .

The proposal for this end of the year is “ A  Tree  for Christmas”, which emerged under the framework of its program “We do Bosque” . From this, they are dedicated to  recovering the native species of native trees in National Parks . The idea is that different people throughout the Argentine territory can give to their loved ones, nothing less than a native tree . The slogan “give life to your Christmas tree”, synthesizes one of the main activities of this organization. The other legs of the table that Amigos de la Patagonia make up are  environmental education, the sum of volunteers and cleaning coasts.

The special holiday activity, has as its mechanism an original tutoring : The person who donates a minimum of 5US$ through the organization's website, will give away to anyone who wants the native tree in question. Friends of Patagonia will take care of the task of planting it and in this way, help conserve and restore Patagonian forests. Then  such a person will become a vigilante of the forest, as he will be able to know by geolocation, in which part of the National Park is his tree .

In 2016,  more than 40,000 hectares of Patagonian forest were razed by fires  of unclear origin. There began the proesa de los Amigos de la Patagonia: They planted the first 7000 trees and today, they have more than 17,000 planted.

San Martín de los Andes is listed by tourists and locals, as an eco-friendly city . The concern of its neighbors about environmental problems and municipal activities in this order make  “Sanma”    one of the examples and emblems of nature care  in Patagonia. Such is the importance given to these activities, that  in the main square of the city, a large Christmas tree is erected composed of recycled material . Basically, bottles and caps are the elements used for this tree that at night has a  beautiful Christmas lighting.