Home Argentine All environment 7 endangered species in the NOA

In this note we show you some animals that inhabit northwest Argentina and are at risk of extinction. 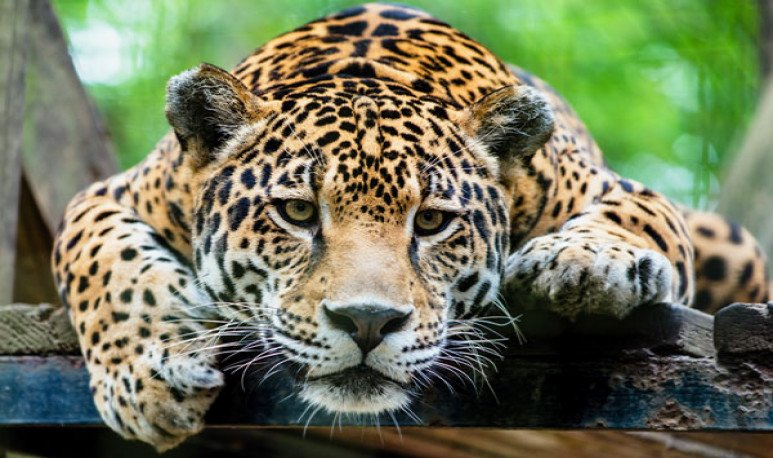 Northern  Argentina  has a very rich and varied fauna. Over the years, like many species around the planet, some of the animals characteristic of these regions are in  danger of extinction.  Whether as a result of the loss of their ecosystems, indiscriminate hunting or  habitat modification, many of them have significantly decreased the number of specimens.

Although different organizations are currently struggling to preserve them, the situation remains a constant concern. In view of this, different programs were established to conserve species due to the importance of each animal's role in the ecosystem. Here is a list of seven species that are endangered in the northwest of the country.

Its name is of Guaraní origin and is considered a  sacred animal.  It is one of the ten species of wild cats and one of the largest species in the Americas and the third in the world. It was declared a National Natural Monument and integrates the category of the most emblematic animals in Argentina.

Little is known about this feline.Exotic in appearance, it is one of the rarest and most threatened of its kind. The only countries in the world that inhabit are Argentina, Peru, Chile and Bolivia, and  is listed on the Red List of the International Union for Conservation of Nature  (IUCN). The reason for the reduction of these animals is inadequate practices in livestock and agriculture. Its main food is the vizcachas, but because humans also hunt them they must fight for their food.

It is a species of native deer qualified as a  Natural Monument of northwestern Argentina . It was selected by the Central Bank as an image of the new $100 pesos banknote. It inhabits the pastures of the provinces of Jujuy, Salta, La Rioja and Catamarca and Tucumán. The state of its population is critical because of what national authorities are working on its conservation.  Hunting  or using any product or by-product from this species is prohibited throughout the national territory.

Also known as wild boars or majanos for many years they were almost exterminated by hunting. These chanchos del monte also live in the Paranaerense jungle and are considered one of the main dams of the yaguareté, so its annihilation can alter the ecosystem by removing one of the essential foods of the feline, also in danger of extinction. On the other hand, its validity and reproduction favors the possibilities of food for the feline.

It is the largest known species of the  anteater .Over the past 10 years, changes in their habitat have led to a significant decline in its population. In order to survive you need to move around large areas of forest. However, because of the advancement of man in agriculture, these animals lost the source of their food. At other times they are burned together with the fields before harvests, they are also hunted or run over. Currently, Latin American countries such as Argentina and Brazil applied new protection measures to preserve them.

The Lord of the Sky, a majestic bird that inhabits mainly the  Andes Mountains . It has one breeding every two years and has the most prologating incubation period among all birds of prey. The species is protected by  various programs  that seek its reproduction and care.

It is one of the great herbivores in South America and is experiencing a very vulnerable situation. One of the reasons that reduce the number of these wild camelids is  climate change, as well as man's invasion of its ecosystem.