The capital of entrerriana exports private elevators for homestays. In fact, footballer Cristiano Ronaldo is among the customers who tried them. 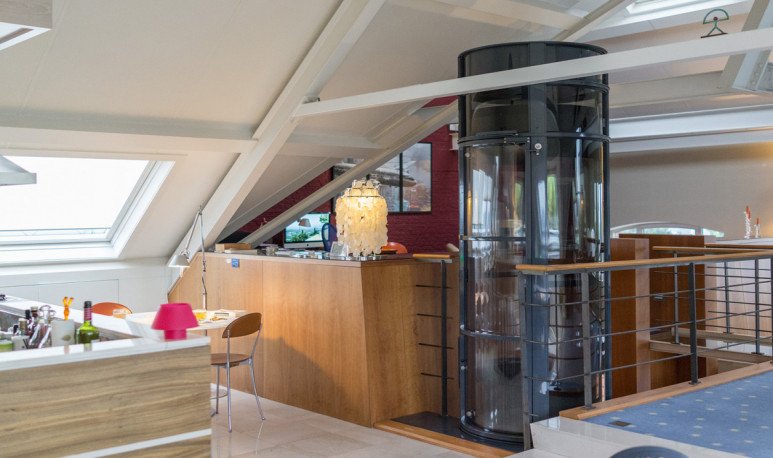 Elevadores Tires S. A. is a company based in  Paraná  with 55 employees . Since 2002, they have been engaged in the  creation of lifts with household destinations , which already exceeded 6,500 units.  Of this amount, 90% were transferred to countries on all continents . However, its greatest fruit was seen from the US market, whose income earned the  entrepreneurship  productive scale. Even the first transport system was approved in that region in 2003 and then continued through  Europe . In addition, sales have been achieved in Spain, Portugal, the Arab Emirates and China, among other parts of the world.

As published by  Revista Pymes , the company's star devices are lifts without cables, pistons or zippers. It rises according to the physical principle of the matte bulb. In this regard, Patricia Popelka, partner and general manager of the firm, told how they came up with the idea.  It was a design by a neighbor named Carlos Sors, which took place in the early 1990s . So, the man partnered with Popelka and Carlos Ascúa. According to the businesswoman, the development of the apparatus took several years and an investment of the order of $500 thousand. This was before the prototype appeared, while later it was the turn of international patents.

As for the operation of the product, the woman said that the cabin slips through a transparent, polycarbonate and aluminum tube. It does so depending on the difference in pressures, that is, it rises from the extraction of air. The same way it happens when we suck our usual bulb. In turn, to descend the concrete by means of the opening of a valve, where the cab decreases by regulated gravity. It should be noted that in our country only in 2018 began to be able to access the purchase of the elevator. After the National Institute of Industrial Technology (INTI) gave them the approval, they were able to market with various provinces.

Profit and loss of pandemic

Coronavirus shook the world economy and the elevators was no exception. In this order, Popelka said that  in the beginning of the  pandemic    they suffered cancellations of exports  to the United States. But they also won customers in India and were able to relocate other containers in Europe. In relation to  our region , the businesswoman revealed that they have exported to  Colombia, Bolivia, Uruguay and Venezuela . At the same time, he admitted that it is difficult to enter the Latin American market due to high tariffs and obstacles to homologize the product.

Despite daunting forecasts, the company's investments totaled $27 million. Although most of that figure was earmarked for the reinvestment of profits. Resources were concentrated mainly in the growth and improvement of production. Thus, they acquired two computed numerical control machines and finished a shed of 850 m2. In addition, they made the purchase of 3 special furnaces for polycarbonate curving and two cylinder assembly beds. Finally, the manager explained that they are also working on the ISO 9001 certification process.