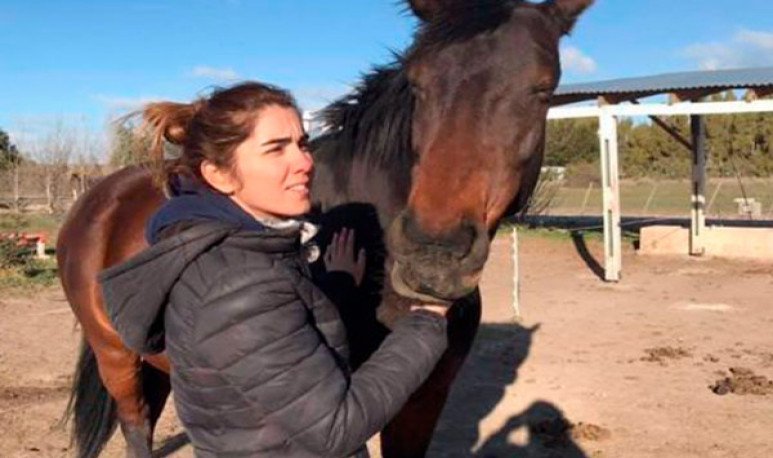 For years, women's jobs have been recognized not only by peers but also by various governmental and non-State institutions. The Federation of Business Entities of  Río Negro , through the Women's area of FEERN, announced that Viedmense Ivana Soublé was elected within the framework and ldquo; Women Entrepreneur of the Year” as “Best Entrepreneur Rionegrina 2021”.

Ivana owns the Equestrian Center “La Esperanza” , in  Viedma . It is a non-profit civil association where its main activity is the dissemination, promotion and promotion of activities with horses in educational, therapeutic and sports fields.

It articulates equine therapy services to people with motor, intellectual and sensory disabilities, with behavioral problems, learning or psychological disorders. In addition, training,   horse riding   and recreational days are carried out for anyone who approaches and is interested in the activity equestrian.

The entity is located at kilometer 19.5 of provincial route no. 1, which goes towards the sea coast: the facilities are mostly crowded with people who want to consolidate this relationship and links with horses: adolescents, children and adults attend by Like enjoying whole evenings and tomorrow together these animals.

The association was born in 2014, on the idea of Ivana Soublé herself, who is currently the president: “One of the fundamental aspects that determines the essence of 'Hope' is that horses are strategic and exceptional companions for the integral development of people,” he says and adds that “Horses teach how to teach. This view also includes the work of an interdisciplinary team composed of professionals specialized in the area of health, education and equestrian.”

In addition for two years they have been empowered by the Ministry of Health of the province, so they are the only equipped equipment center in Río Negro, being referent not only it but the whole institution for the divine action programs for the integral development of people , including socially and improving their quality of life.

The aim of this event is not competition between women, but to enhance and make visible women's professional development in the economy and work world of  Río Negro , in every town and locality. The past year was very difficult for society as a whole, and this award is a stimulus to highlight those organizations that knew how to reinvent themselves within the framework of a pandemic and the sociohealth restrictions that still largely govern. ““It is really a pride that Ivana represents the rionegrinas entrepreneurs in the national instance because it is a very inspiring entrepreneurship. These awards serve to highlight the various efforts that thousands of Argentine entrepreneurs make every day,” said Giselle Iaccarino, referent for Women FEERN, and president of the Chamber of Commerce, Industry, Production and Tourism of the capital.

There is talk of national representation as next month Ivana will participate with applicants from all over the country in the MECAME Women Entrepreneurship Award 2021, Women Entrepreneurs of the Argentine Confederation of Medium Enterprises. Each province and the  Autonomous City of Buenos Aires will have one candidate.

For the time being, we congratulate Ivana, the whole team of the Equestrian Center “La Esperanza” and also every person who approaches experimenting and enjoying horses, making visible not only work and awards, but also the accompaniment of various activities in the institution: courses, workshops, disciplines and apprenticeship. All from an inclusive and comprehensive perspective, for greater and better sensitivity throughout society.