Home Argentine Knowledge The Napalpí Massacre: A Struggle for Truth

Argentine investigators found the remains of one of the victims of the massacre of the Qom and Moqoit communities in El Chaco. 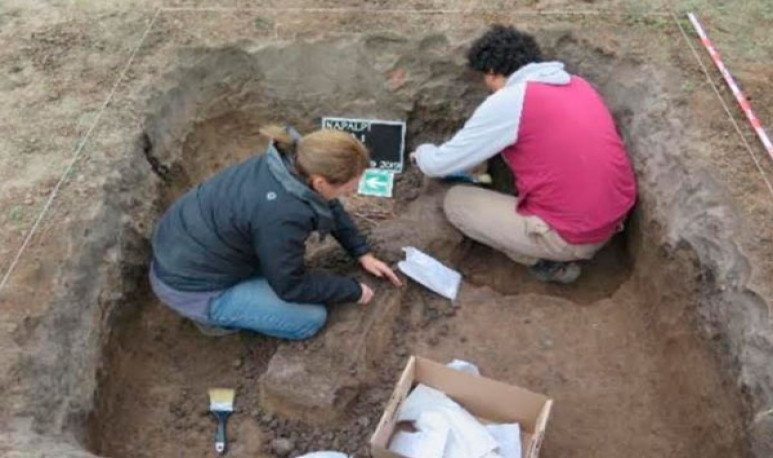 For those who are unaware  of the Napalpí Massacre, it was   an episode as cruel as it is forgotten. It happened during a morning of 1924 about 147 kilometers from Resistencia, in the Aboriginal Napalpí Colonia in the province of  Chaco . There lived a group of indigenous people from the  Qom and Moqoit cultures.  A plane flew over the area throwing food and candy, when people came out to pick them up they saw police and ranch groups, who were waiting for them to shoot them to death. The background of this macabre act was due to a strike by the hacheros for improvements in their working conditions.

The majority of the victims were women, children and the elderly. Those who managed to circumvent the bullets and escape were chased with axes and machetes.Others with a little more luck fled to the mountain where they spent hiding several days and several nights. The virulent episode was listed as one of the most important massacres of the 20th century.  It was not until 2014 that the  Human Rights Unit of the Federal Prosecutor's Office of Chaco  began the investigation of the episode and categorized it as a crime  against humanity.  But since all the culprits had died, the opening of a  trial for the truth was requested.

It was during August and after a year of hard work that the  Argentine Forensic Anthropology Team (EAAF)  identified the remains of one of the victims of that massacre. This was a very fine work of anthropological and historical reconstruction. The  recent finding  made it possible to recover a fundamental piece and was a key tool that enabled prosecutors to continue with relevant investigations.

As part of the truth trial, the EAAF submitted a report on the first stage of excavation and exhumation work carried out in September 2019 in lot 39 of Colonia Napalpí. It is believed that the remains belonged to a male person who was between 25 and 45 years of age. These data could be clarified by the morphological features and anthropometric measurements of long bones, which can determine that man measured between 1.68 and 1.75 meters.

The remains found were taken to the province of  Buenos Aires  for in-depth study and will then return to Chaco to be returned to the Qom and Moqoit communities. The ballot boxes will be deposited at the Memorial  recently inaugurated in an event in which Chaco Governor Jorge Capitanich participated.

A work for memory

The Memorial of the Napalpí Massacre has the remains of nine victims recovered from the  Museum of La Plata . There is also a tenth ballot box representing one of the indigenous ex-combatants.The construction of the space was carried out in line with the policy of historical reparation with the  original peoples . In this case, the objective was to make the memory of  indigenous communities  visible in the defense of their territory.

In 2019, one of the researchers who from the massacre found who would be the last survivor of that fateful day,  Rosa Guillo, a woman between 105 and 110 years old. His testimony was of great value and reinforced the other elders who for a long time denounced the mass murder. The hacheros Quom and Moqoit demanded better working conditions, which led them to start a  general strike that ended with repression on the  part of who was at the time of the province's auditor,  Fernando Centeno  , who held during the presidency the  Marcelo T. de Alverar.  To date, the struggle for  truth to come to light continues.