Rosarino model respirators can now be manufactured throughout the country. 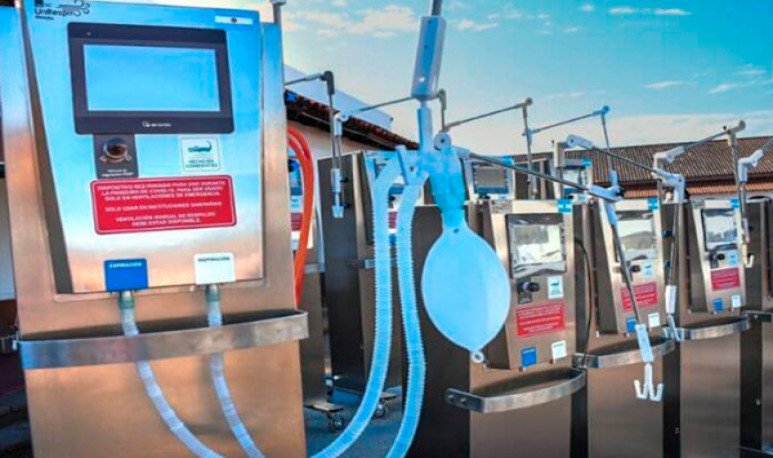 The Anmat (National Administration of Medicines, Food and Technology) authorized the production  of respirators designed by Rosarina firm Inventu and financed by the National University of Rosario (UNR).

It all started  when Inventu proposed to UNR to produce low-cost artificial respirators for specific assistance to coronavirus-induced conditions. Now, that the contagion curve does not give way, the best news came: in the last few hours the project achieved the official authorization of the Anmat to occur throughout the country. The first 50 are already built and  will be handed over to the mayor Pablo Javkin and Governor Omar Perotti , to make them available to strengthen the city and province system.

The project “solidarity, open source and with plans already accessible to all”, as defined by its managers, had been presented last April. It is a device with two central characteristics: the first is the low cost of production, estimated at  10 per cent of what conventional respirators of domestic manufacture cost ; and the second is to specifically address acute respiratory conditions caused by the COVID-19 without having the wide range of respirators commonly used to care for other pathologies.

The devices had already begun to be produced with the authorization of the  governors , and even to be used, in provinces such as Corrientes and Jujuy. At first, an entire field hospital was set up with these devices designed in the city among more than 30 researchers graduated from UNR and with funding from the University itself. Even outside the country,  they also arrived in Chile and Peru,  where they collected the project.

It is necessary for this to grow

Now, the step taken by Anmat in Argentina is fundamental. That is to say that respirators can be produced and distributed in all provinces. The novelty, more than  ever , is a breath of fresh air. It is known that, for these hours of saturation of the health system, the most critical resource is human. Authorization will now make these devices, which are nothing more than a working tool for physicians, at the disposal of professionals. This will solve the shortage of these tools and  that doctors don't have to decide which patient is and which patient not to put on the respirator.

The first 50, which were already built with funds from the University itself, in addition to international funding from the United Nations Development Programme and the contribution of private companies in the region, are ready and will be delivered in the coming days.

The process, which started with the project  and now reached the possibility of manufacturing respirators throughout the country , as well as being a contribution at a  key moment, is the clearest synthesis what the university should be and do. The scientific and knowledge production of the University must develop concrete tools that, in agreement with the State and private, transform the lives of society and its people.Above all,  thinking of those people who are in more complicated and vulnerable situations  .