We tell you about one of the discoveries that is relevant internationally. In Cordoba, a little bit of history rested. 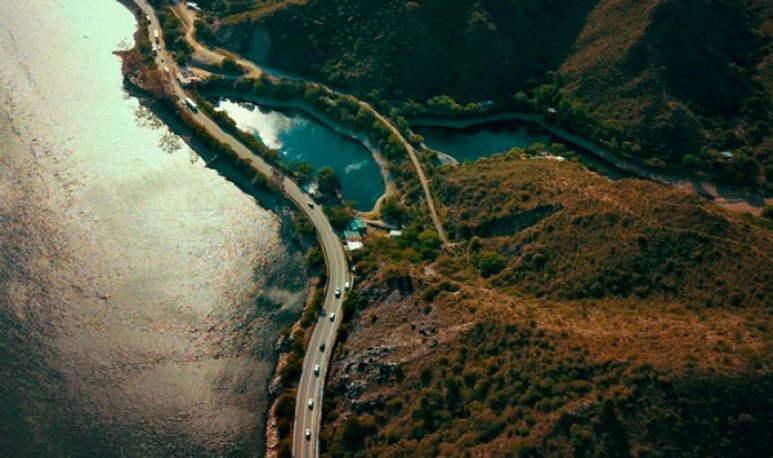 This is one of the most important anthropological discoveries of this 2020.  The discovery was carried out by two young field collaborators of Dr. in History and Anthropologist Gisela Sario. One is a student of Anthropology and another of Tourism, however,  they share the curiosity about the archaeological remains.  This is why they often go to  the banks of the San Roque Dam  , taking advantage of the downhill of the lake, to look for elements such as arrowheads, ceramic remains, etc. Generally, the discoveries are destined for the  Numba Charava Museum.  With the intention  of reconstructing identities  and cultures of yesteryear.

But this day would surprise them with something else:  the remains of a human skull.  In the face of such surprise, the young people gave notice to Sario and the Museum's authorities. The next day several researchers went to the shores of the lake. Among them were Sebastian Pastor, Luis Tissera and Gisela Sario herself,  to observe the discovery .  “ Once we found the finding, I gave notice to the Directorate of Heritage of the Province of Córdoba, and they authorized me to carry out the rescue,”  said  the researcher.

The discovery was made in July, but only by September were the results of extensive research on the object. They were  human remains of pre-Hispanic inhabitants who inhabited these lands before the arrival of the conquistadors.  The remains belonged  to two adults  of whom the genus  could not be identified  ,  aged between 500 and 3000 years.

Extracting this type of historical findings is a work that requires incredible protocols: a false step could  damage all the evidence .  “ The human remains found were very fragmented by the same erosive processes of the place, which caused them to deteriorate. We had to be very careful in the rescue process so that they do not break,”  explained Gisela.

The words of an expert

“ The two adults found, of whom we could not identify the genus, were not in ballot boxes or had trousseware, but they did have associated lithic instruments, ceramic pieces, and   in the second finding  there were also the hands of conanas,” says the researcher   .  “ They were located in a ventral position, so we could not recover the entire skeletons. We found part of the skull, lower jaw, but the spine was gone. In the first find we found ribs. What we were able to recover are the lower limbs.”   This adventure was the most fun episode of 2020. In the midst of a quarantine and a global pandemic, these kinds of findings enrich all humanity.

“ We found skulls, ribs, lower limbs like a femur, tibia, fibula and some teeth. We found no funeral urns, but there are other elements associated with a funeral ritual. We believe they belong to members of a food producing community and we do not rule out that they may be from different times. We found them in an area of great traffic for people on the coast of Carlos Paz in what was formerly one of the terraces located on the river that crossed the valley.  The entire southern area  of Punilla has archaeological sites of great value, but  we had never found human remains,” says  the researcher and anthropologist.

And at the service of the investigation. In the province of Córdoba, the  human remains of pre-Hispanic populations are made available to one of the agencies of the Córdoba Cultura Agency . There they are in charge  of specialists in Bioarchaeology and Bioanthropology , as an object of research to obtain new information.

While the news did not have great repercussions,  we know that these kinds of discoveries  enrich us on a universal level.  For they are small but indispensable parts in  our reconstruction of the history of mankind.  That's why the San Roque Dike and these two students become heroes of the world.