CENPAT, with headquarters in Puerto Madryn, Comosoro Rivadavia and San Antonio Oeste, a scientific institution linked to the community. 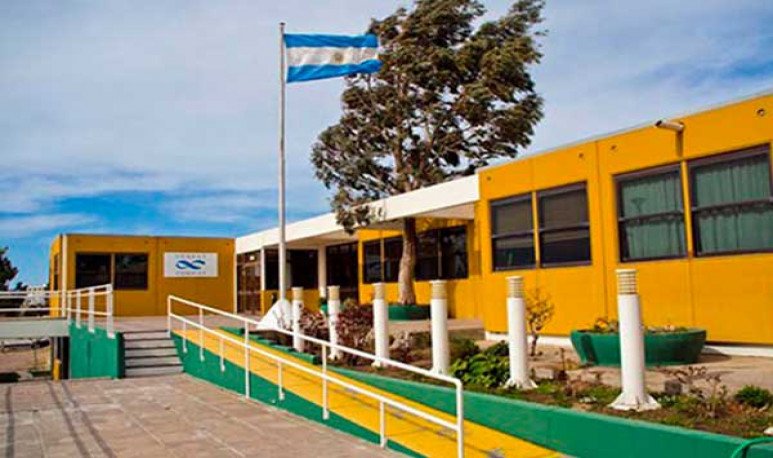 Puerto Madryn , one of the most populated cities in the Chubut province, on the Atlantic Ocean coast, is the headquarters of the National Patagonian Center (CENPAT), a multidisciplinary center for scientific and technological research, dependent on  CONICET  and reference in Patagonia Argentina.

The range of scientific research carried out at the Centre covers biology and management of aquatic and terrestrial resources, meteorology and oceanography, social sciences, geology, paleontology, and diversity, systematics and evolution studies. These issues have accompanied the accelerated process of social and economic growth in Patagonia, based on the use of natural resources, which is the focus of most of the research of the CST CONICET-CENPAT.

In these fifty years - he turned them on June 8 - they have had more than 16 professionals from the most varied branches as directors: each with research, presentations, awards and international awards to his credit.It is also conformed as a pillar institution of equal opportunities, since in its last board of directors (in accordance with the discussion on gender-based violence in science and new masculinities), they approved the implementation of inclusive non-sexist language in all communications and gender parity in advisory commissions.

The CENPAT for the next 50 years is taking into account these horizons: greater community and territorial presence, high social commitment in its staff.All this “maintaining or increasing our levels of impact on scientific and technological production,” said its current director, anthropologist-biologist Rolando González-José, who also counts that there  are more than 400 scientists in the staff of the  Patagonian institution .

This year, marked by the coronavirus pandemic, has also provided the tools for greater dissemination of knowledge to the community and the general public, also giving discussions around ongoing work and research: promoting and managing the transfer of the results thereof, linking with other institutions, organizations, schools and universities not only in Patagonia but also nationally and internationally. In addition to providing advice to the public and private sector for greater control and care for the inhabitants of cities with or without cases of COVID-19 positive, in a clear demonstration of the growing role and role of the scientific sectors as advisors.

In 2019, Marcos Zárate, a doctoral fellow of this institution, won one of the two GBIF Awards for Young Researchers  with his interdisciplinary work on information technology and biology to improve knowledge, understanding of data and its subsequent reuse and/or consultation for people and machines. The GBIF Scientific Committee selected Zárate from a group of eleven nominated candidates: recognition in the Netherlands and economic remuneration, it is added that he will work at GBIF Argentina to create prototypes of semantic techniques to detect and correct problems geospatial data in marine data mediated by GBIF of the South Atlantic.

Thus, CENPAT will continue to seek balance in the generation of knowledge in the natural sciences and the humanities, in order to comprehensively understand the complexity of current problems as well as to seek to understand the contexts and changes in progress.In short, understand not only from a strictly disciplinary perspective but from a totality: so  that  science  is available to and for all .