Luis Federico Leloir, one of our five Nobel laureates, dedicated his life to research. 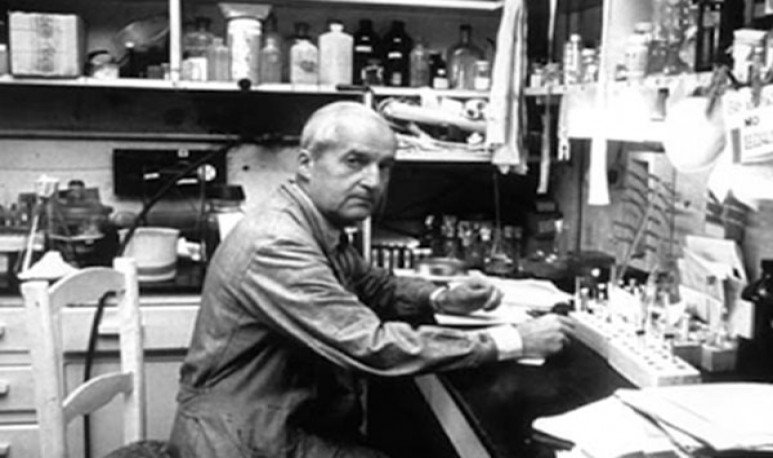 Many of the brightest minds in the world have been born in our land. People who, to their natural qualities, added work, effort and sacrifice. Notable personalities who came very far, each in their field. Many of them were internationally recognized. Five, in particular, with the   Nobel Prize .   On the anniversary of his birth, we want to take care of one of them:   Luis Federico Leloir.

In 1970, the Argentine doctor, biochemist and pharmacist was distinguished with   Nobel in Chemistry   for his work on the nucleotides of sugars and their influence on carbohydrate metabolism. Leloir, however, always kept the profile low and did not give too much importance to the prize. He believed that his was another contribution to the vast chain of knowledge that humanity has been creating for centuries. But let's put aside the professional and get to know the man a little more.

Luis Federico Leloir   was born in   Paris   on 6 September 1906. His French origin was a mere coincidence of fate. His parents had to travel to that city for the father to be cared for in a French medical center because of a heart problem. Unfortunately, he died and, a week later, his mother — who had traveled in an advanced state of pregnancy — gave birth to her son across the Atlantic. Two years later they returned to Argentina, where he grew up with his eight brothers in the vastness of the pampa:   40,000 hectares called El Tuyú   (on the sea coast from San Clemente del Tuyú to Mar de Ajó), which they had inherited from their ancestors.

With the hand of two nobeles

In the academic field, he did not have a prominent performance in secondary school. Once decided to study the career of   Medicine   , had to take the Anatomy exam four times until finally he could pass it.   In 1932 it was received   . Then life would cross it with another of our nobeles:   Bernardo Houssay   , who would become his mentor. The most interesting thing, however, is how these two great men came to know each other. Leloir was the cousin of   sisters campo   , and lived half a block from Victoria's house, who was sister-in-law to another doctor, Carlos Bonorino Udaondo, Houssay's friend.

From this meeting, Leloir's career began to shine. His doctoral thesis, directed by Houssay, received the award for best doctoral work. But he was aware of his limitations:   his training in physics, mathematics, chemistry and biology was scarce.   Therefore, he began to attend classes at the Faculty of Exact and Natural Sciences of the University of Buenos Aires as a listener student. In 1936, he decided to bet on more: he traveled to England and studied at the   University of Cambridge   . He did it with another Nobel laureate:   Sir Frederick Gowland Hopkins   , who discovered the substances we know today as “vitamins”.

Back in the country, he went to the study of what years later would make him the Nobel holder:   carbohydrates   . However,   in 1943, he must have been exiled   in solidarity with Houssay, who had been expelled from the Faculty of Medicine for signing a letter of repudiation to the Nazi regime in Germany, which was supported by the Government that was then led by military military Pedro Pablo Ramirez. He emigrated to the United States, where he worked as an associate researcher in the Department of Pharmacology at Washington University.

A scientist in a straw chair

In 1947 he returned to the country   and, since then, he fully dumped into his   research on sugar nucleotides and the role they play in the manufacture of carbohydrates   . Despite being tempted to work in large organizations, such as the Rockefeller Foundation and Massachusetts General Hospital,   decided to continue working in Argentina, with very few resources   and conducting home tests. A photo of him that circulated after he won the Nobel Prize said it all: in a very poor laboratory, he was seen with an old gray overcoat, sitting on a straw chair whose legs were reinforced with wire.

When he won the Nobel Prize,   donated the eighty thousand dollars of the prize   to the Campomar Institute to continue its research work. His finding made it possible to understand in a finished way the details of the   congenital disease galactosemia   .

That was Luis Federico Leloir.   : a neighbor in the Belgrano neighborhood, married to Amelia Zuberbühler and father of four children, who lived in a middle-class house and drove a celestial Fitito, who had to be pushed to start.