We tell you the story of 8 famous personalities who passed through La Docta and decided to stay for a while. From Hollywood to the Cuban revolution. 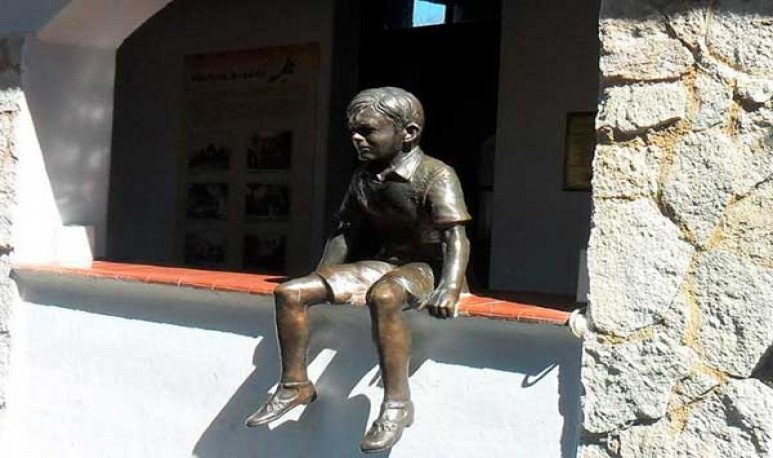 The charming province of Cordoba, as well as being the heart of the country, is a  famous catcher.  It is that with its Sierras it  captivates you , with its city you fall in love and with the tune of its inhabitants it mesmerizes you. Therefore, many times visitors disarm their luggage and stay  for long stays  enjoying the dynamics that this province offers. We tell you the story of eight personalities who lived in Cordoba and you certainly didn't know.

His full name was  Lino Claro Honorio Enea  Spilimbergo .  He is considered one of the great personalities of Argentine art. He served as a  painter and engraver.  Born in Buenos Aires in 1896, he chose Unquillo as the perfect place for his life and death. He emigrated to the Sierras Chicas in Cordoba in 1952. There he painted many of his great works that today are preserved in the house where he lived.

An  excellent Argentine writer , recognized for his unmistakable prose. Daniel Moyano was born in Buenos Aires, spent his childhood  in Cordoba  and lived in La Rioja. During the last military dictatorship, he was arrested. When he was released, he emigrated to Spain, where he died in 1992. However, he always kept his Cordoba tune, because of his stay in this blessed land.

This  Hollywood imminence had  its Cordovan times. Although he was born in New York, he lived a long time in Argentina. And Punilla was one of the destinations  that saw him grow . Over time, during his stay, Viggo Mortensen went  argentinizing:  he learned to drink mate and some words from lunfardo. In addition, he became a fan of one of the biggest clubs in the Argentine league: San Lorenzo de Almagro.

In fact, he was born in San Fernando del Valle de Catamarca, in 1863. But he chose Cordoba's land to  grow as an artist. The Provincial Museum of Fine Arts  of the city  bears its name in honor of its performance in the province. He died in La Cumbre, Córdoba, in 1939.

This  former Argentine president,  who held his public office between 1963 and 1966, had his golden times in Cordoba. In addition to his political career, he practiced as a doctor. It was in Cruz del Eje where his patients expected him to arrive in a wagon or sulky to assist them.

The blessed woman who invented the quartet, who is  venerated by all Cordoba and should even be beatified . Leonor Marzano is a saint, but chose what would be Cordoba of fernet and birra to create this musical genre that today constitutes our identity and musicalizes all our landscapes. It is the greatest personality  of the tunga tunga cordobés. And, every June 4, we celebrate the existence of a Leonor that gave rise to this invention.

This  Argentine writer, researcher, journalist and creator lived part of his life in the province of fernet and pepperina. The corner he chose was La Cumbre, a residence called “El Paraíso”. As one of the titles of his cycle of historical novels, Guests in El Paraiso (1957). With the creativity that constitutes it and the need  to move away from the Mysterious Buenos  Aires (1950), he settled in the place where he would wait for death. Currently, the residence is home to the  Mujica Lainez Foundation  and tourist attraction in the area.

Ernesto “El Che” Guevara lived for a few years in Alta Gracia. The house we know today as a museum that takes us to explore the life of this  exponent of the Argentine era .  A political personality with unshakable ideals that would represent us globally and form part of universal history. Che, in addition to being Argentine, was also a little Cordovan.

They do not separate even to leave visits